WaterColours is a new project in which satellite multispectral imagery will be used to render, with unprecedented detail, environmental parameters near the Maltese Islands and the Malta Shelf areas including harbours, embayments, and the nearshore open sea areas. Computed at a high resolution, satellite-based climatologies and statistical trends for surface Chlorophyll-a concentrations as well as Total Suspended Matter (TSM), will provide very important water quality markers. The latter will in turn be used for estimating essential indices for the Water Framework Directive (WFD) and the Marine Strategy Framework Directive (MSFD).

All results will be made publicly available through an online portal that will embed Machine Learning and image processing techniques. These will automatically detect and highlight specific patterns such as harmful blooms or areas with a high TSM content, and provide automated alerts of such events to the Environment Resources Authority (ERA).

The project is financed by the Malta Council for Science and Technology through the Space Research Fund. The University of Malta is represented by Dr Adam Gauci and Prof. Aldo Drago, both from the Physical Oceanography Research Group within the Department of Geosciences. This research is being carried out in collaboration with Dr Daniele Ciani and Federico Falcini, experts from the Italian National Research Council, Institute of Marine Sciences (CNR-ISMAR).

WATERCOLOURS featured in a discussion on the activities carried out by the Physical Oceanography Research Group on the Campus Brunch radio show hosted by Colin Fitz and aired on Campus FM.

WATERCOLOURS featured in a discussion on the activities carried out by the Physical Oceanography Research Group on the Newsline radio show hosted by Joe Dimech and aired on Radju Malta.

To ensure high quality data products, in-situ measurements were collected to calibrate the satellite values for more accurate estimates of CHL and TSM. Transects were carried out between Malta-Pozzallo and Malta-Lampedusa to determine the light scattering properties of the water within this region. During the research survey that was carried out between the 15th and 19th of July 2021, inherent optical properties were measured to determine the coefficients required for calibration and fine tuning of the local algorithms around the Maltese islands.

The climatology data generated in Phase 1 is now available through an online portal. The interface was developed by Nikola Krlovic from Mundus Noster Engineering. The backend of the portal is integrated with a GeoServer on the application server side, and with OpenLayers Javascript library on the client side to make it as interactive as possible.

The project moved to Phase 2! In the next few months, operational ocean color products will be generated using SENTINEL 3A and 3B data. Machine learning techniques will also be developed to enhance the results. The aim is to ensure availability of high-quality satellite products that can enable stakeholders to make informed decision regarding the Maltese coast.

Dr Ankita Misra joined the WaterColours team and started working at the University of Malta as a Research Support Officer. She will be estimating climatologies by utilising coast color data available for the time span of 2002- 2012.

Call for applications for Research Support Officer (RSO) to work on the project.

Project kick-off meeting in Malta between staff from the University of Malta and CNR-ISMAR.

Project officially started! WaterColors is an initiative to exploit satellite remote sensing data to derive ocean color parameters such as Chlorophyll a (CHL) and Total Suspended Matter (TSM) for the waters around the Maltese Islands. In the first phase, daily, weekly, and monthly climatologies of CHL and TSM will be generated using CoastColour data. 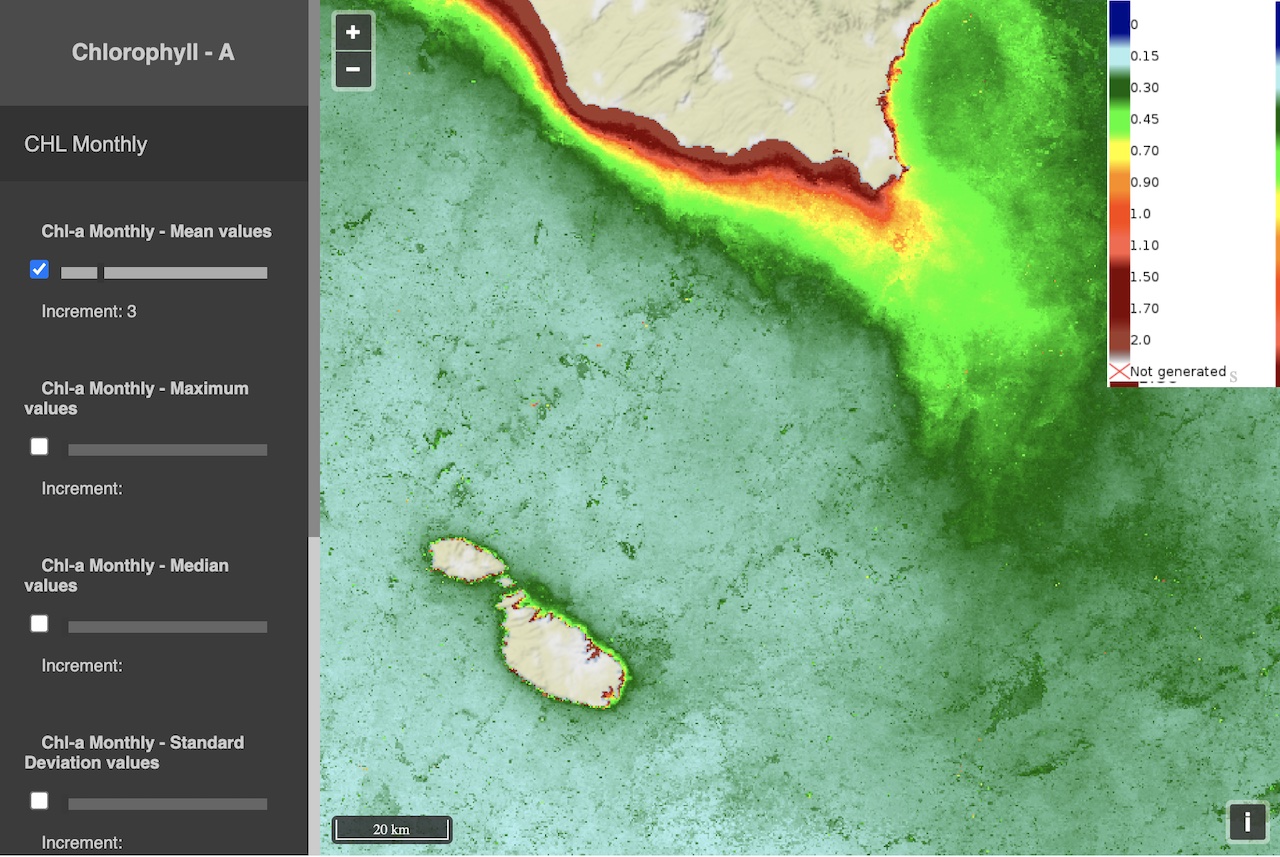 Resident academic lecturer with the Physical Oceanography Research Group within the Department of Geosciences, at the University of Malta. In practice his role involves the implementation of technical tasks needed to successfully carry out EU funded research in which the institute is a collaborating partner. Adam's duties at the university also involves lecturing and student supervision at undergrad and postgrad levels.

Head of the Physical Oceanography Research Group. He set up the PO-Unit in the early 90s and later obtained his Ph.D. in physical oceanography from the University of Southampton, SOC in 1999. His initial engagement was with the Malta Council for Science and Technology in 1991, where he conducted a number of programmes and initiatives both locally and internationally, and served as the Coordinator of the Marine Sciences Network. He has served as the Maltese delegate to the Intergovernmental Oceanographic Commission (IOC/UNESCO) and to the International Commission for the Scientific Exploration of the Mediterranean (CIESM), the National Representative for the Committee on the International Oceanographic Data and Information Exchange (IODE/IOC), and Malta's lead delegate on the European Earth Monitoring Programme (GMES) User Forum. From 1998 to 2013, he served as the Executive Secretary of MedGOOS (the Global Ocean Observing System for the Mediterranean) with office in Malta. He is currently the national delegate on the BlueMed Group of Senior Officials (GSO) Board, presided by the European Commission and with representatives from EU and non-EU countries in the Mediterranean region, national pivot in the BlueMed initiative for Blue Growth, and the vice-chair of the University Maritime Platform. He is also an expert on the COPERNICUS Champion User Advisory Board and leads the PO-Res.Grp participation in the COPERNICUS Academy network.

I am Dr.Ankita Misra currently working on the Watercolors project, on the aspect of creating the climatology of Chlorophyll and Total Suspended Matter (TSM) for the Malta waters. I completed my Ph.D. from IIT-Bombay, Mumbai India in November 2019 from the Department of Civil Engineering (Ocean Engineering Group) on the topic of 'Optical and Microwave remote sensing-based coastal bathymetry estimation techniques'. My primary area of expertise is ocean remote sensing, satellite image processing, and coastal zone management.

Daniele Ciani is a researcher in marine sciences at the National Research Council of Italy (Institute of Marine Sciences). He holds a degree in physics (University of Rome, IT) and a PhD in physical oceanography (University of Brest, FR). His education is based on geophysical fluid dynamics and environmental remote sensing. His main interests are mesoscale and submesoscale ocean circulation, eddy dynamics and ocean remote sensing (currents, temperature, salinity and colour). At present, he is focused in the development of synergistic approaches for the space-based retrieval of the sea-surface currents at regional (Mediterranean Sea, ESA-CIRCOL project) and global scale. Moreover, he contributed to the Italian project for the Mediterranean Sea monitoring (MATTM-MFSD) and to the final phase of ESA GlobCurrent. He is presently involved in the evaluation phase for the ESA-CIMR (Copernicus Imaging Microwave Radiometer) mission as well as the WATERCOLORS project, in collaboration with the University of Malta.

Dr Federico Falcini, MS and BS in Physics and PhD in Earth Science. 15 years of experience on geophysical fluid dynamics, sediment transport, coastal oceanography and geomorphology. He has been involved in US projects awarded by the Office of Naval Research for coastal geomorphology and by the National Science Foundation RAPID for facing the catastrophic event of the Deepwater Horizon oil spill and for connecting the historic 2011 Mississippi River flood to marsh sedimentation on the Delta. At CNR he is working on coastal and offshore remote coastal waters remote sensing analysis for environmental and geomorphological studies and downstream service development. He is presently involved in the EMODMET MedSea Check Point and EMODNET Physics. Falcini is also involved in the National implementation of MSFD and, in particular, he is chief scientist of recent oceanographic cruises for ecosystem monitoring program to define the MFSD indicators and targets.

Dr Vittorio E. Brando has a Ph.D. in Environmental System Modeling at the University of Padua (2000), after graduating in Environmental Sciences at the University of Venice (1995). Dr Brando has been at CSIRO in Canberra (Australia) from 2000 to 2013. He was Senior Marie Curie Fellow at CNR-IREA in Milan in 2014-2015, and joined CNR-ISAC (now ISMAR) in Rome as Principal Research Scientist in 2016. Dr Brando has 20 years of experience in earth observation of aquatic environments, optical oceanography of optically complex systems, satellite oceanography, operational oceanography, remote sensing and algorithm development for the OC retrieval in inland and coastal waters. In Australia, he was Principal Investigator for 13 national collaborative projects (2007-2015) focussed on applications of Earth Observation in coastal waters and on the addition of optical oceanography data streams to the ocean- observing infrastructure. Currently he serves as the Deputy Leader of the Ocean Colour Thematic Assembly Center in Copernicus Marine Environment Monitoring Service and as Partner-PI for two H2020 funded projects CoastObs and HYPERNETS.

Official website of the Malta Council for Science and Technology. 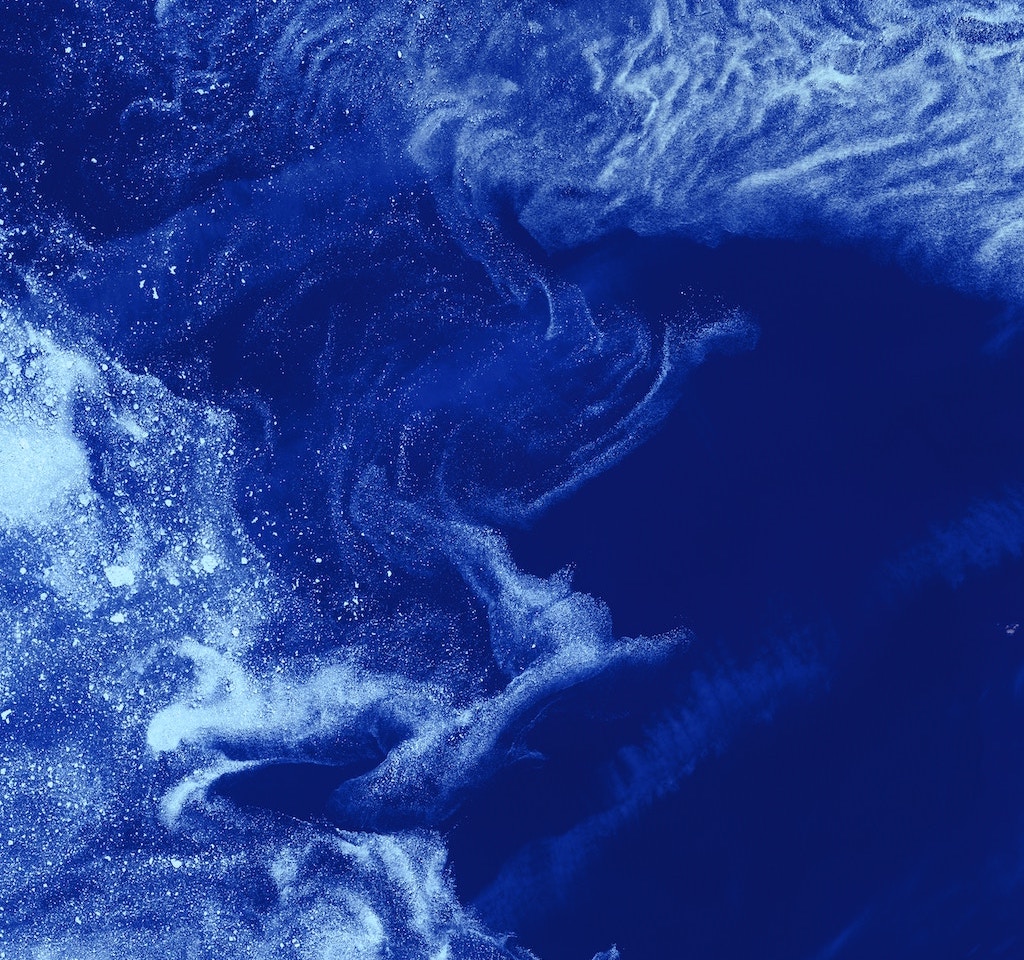